IMPORTANT NOTICE - PLEASE READ:  The original, historical war relics pictured herein represent collector artifacts ONLY.  I do not endorse fascism, rascism, or fundamentalism of any kind, nor do I seek to glorify the Nazi Regime. If you are offended by Third Reich paraphernalia or you are living in a country where viewing and/or possessing items of this sort is illegal --- PLEASE
Click here to leave

Welcome to my militaria website.  On the following pages, I'm posting pictures of my World War 2 collection of militaria.  Please feel free to contact me with any information you require.  Again, I want to express that these items are posted for historical purposes ONLY.


I'll also be listing from time to time some items that I have FOR SALE.  These items were at one time in my personal collection having been replaced by my upgrading to a more desireable artifact.  I am also in the market to purchase desireable items and you can contact me at my e-mail kegan32@netzero.net 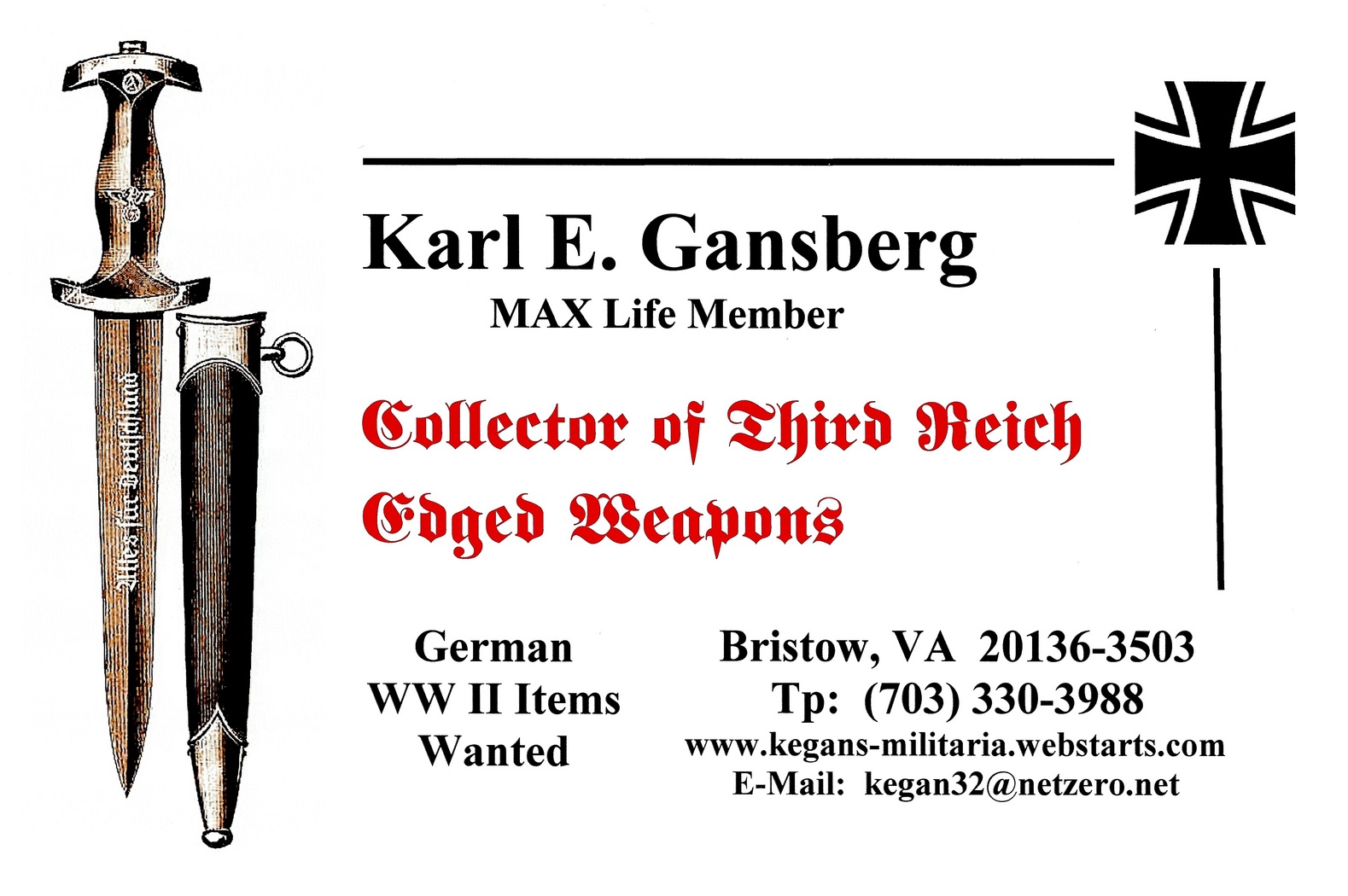 AS OF 9 August 2019
WANTED:  Fair prices paid for German memorabilia.  Contact me at kegan32@mail.com

You can get a "FREE Website" like the one that you are now viewing by clicking on this link:  http://webstarts.com?aff=kegan32 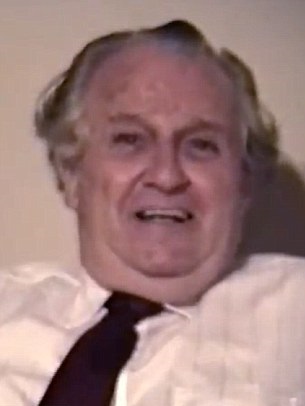 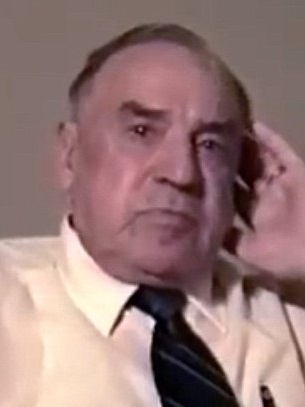 The pilot in question was Franz Stigler, a 26-year-old ace who had 22 victories to his name - needing just one more to be awarded the Knight's Cross.
But on that day, as his Bf-109 closed in on the US plane he sensed something was wrong - the enemy plane was not engaging with him; in fact, unbeknown even to Brown, the plane had lost it's tail-gun compartment and one wing was badly damaged.
As Stigler drew closer he saw the gunner covered in blood, and how part of the plane's outside had been ripped off. And he saw the wounded, terrified US airmen inside, trying to help one another tend to their injuries.
It was then he remembered the words of his commanding officer Lt Gustav Roedel. 'Honour is everything here,' he had told a young Stigler before his first mission.  The senior airman added: 'If I ever see or hear of you shooting at a man in a parachute, I will shoot you down myself.  'You follow the rules of war for you - not for your enemy. You fight by rules to keep your humanity.'
His moral compass was more powerful than his need for glory.  'For me it would have been the same as shooting at a parachute, I just couldn't do it,' Stigler later said.  He ended up escorting them for several miles out over the North Sea. But he feared that if he was seen flying so close to the enemy without engaging, he could be accused - and doubtless found guilty - of treason.
And when he saw a German gun turret looming into view he realised he had to make a decision. Meanwhile, the US crew had begun to train a gun on him.  Stigler made his decision, he saluted his counterpart, motioned for him to fly away from German territory and pulled away.

The stricken B-17 did make it across 250 miles of the North Sea and landed at Seething in Norfolk.  As soon as he landed, Brown told his commanding officer about the spotting of the German soldier, but he was instructed not to tell anyone else for fear of spreading positive stories of the German enemy.
In 1987, more than 40 years after the incident, Brown - who was still traumatised by the events of that fateful day - began searching for the man who saved his life even though he had no idea whether his savior was alive, let alone where the man in question was living.  Brown bought an ad in a newsletter catering to fighter pilots, saying only that he was searching for the man 'who saved my life on Dec. 20, 1943.'  Stigler saw the ad in his new hometown of Vancouver, Canada - where he had moved after the war, unable ever to feel at home in Germany - and the two men got in touch.  'It was like meeting a family member, like a brother you haven't seen for 40 years,' Brown said at the pair's first meeting.  Stigler revealed how he had been trying to escort them to safety and had pulled away when he feared he had come under fire. He told Brown that his hand gestures where an attempt to tell him to fly to Sweden.

Their story, told in the book A Higher Call, ended in 2008 when the two men died within six months of one another, Stigler at age 92 and Brown 87.  In their obituaries, each was mentioned as the other's 'special brother'. 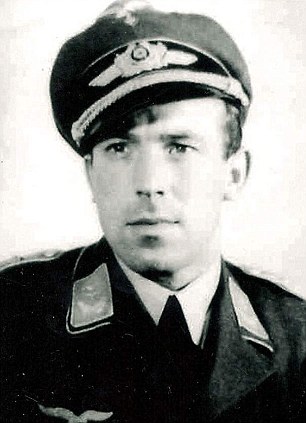 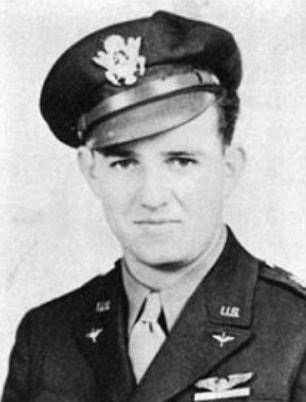 1,300 Reenactors converge for WWII at Midway Village.
Click on picture above for story. 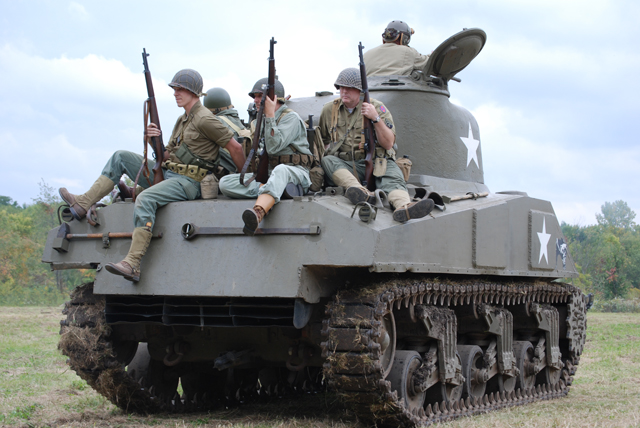 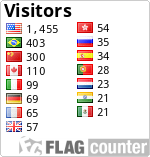 I'm always happy to correspond with anyone who visits my website by sending me an e-mail at:

kegan32@mail.com
A True Story Presented by Hallmark.  This story takes place in the Ardennes Forest, Christmas Eve, 1944.  Click on the movie cover to view.
Amazing True Store of WW2 to Invade Japan

Old WW2 Planes Found in Barn in Texas
An excellent  recreation of the meeting in the sky between the two pilots,
Charlie Brown and Franz Stigler.
Even in wartime, there was an 'Unwritten Honor' between enemies.
This recreation was the work of 'Spit973' on youtube.com. 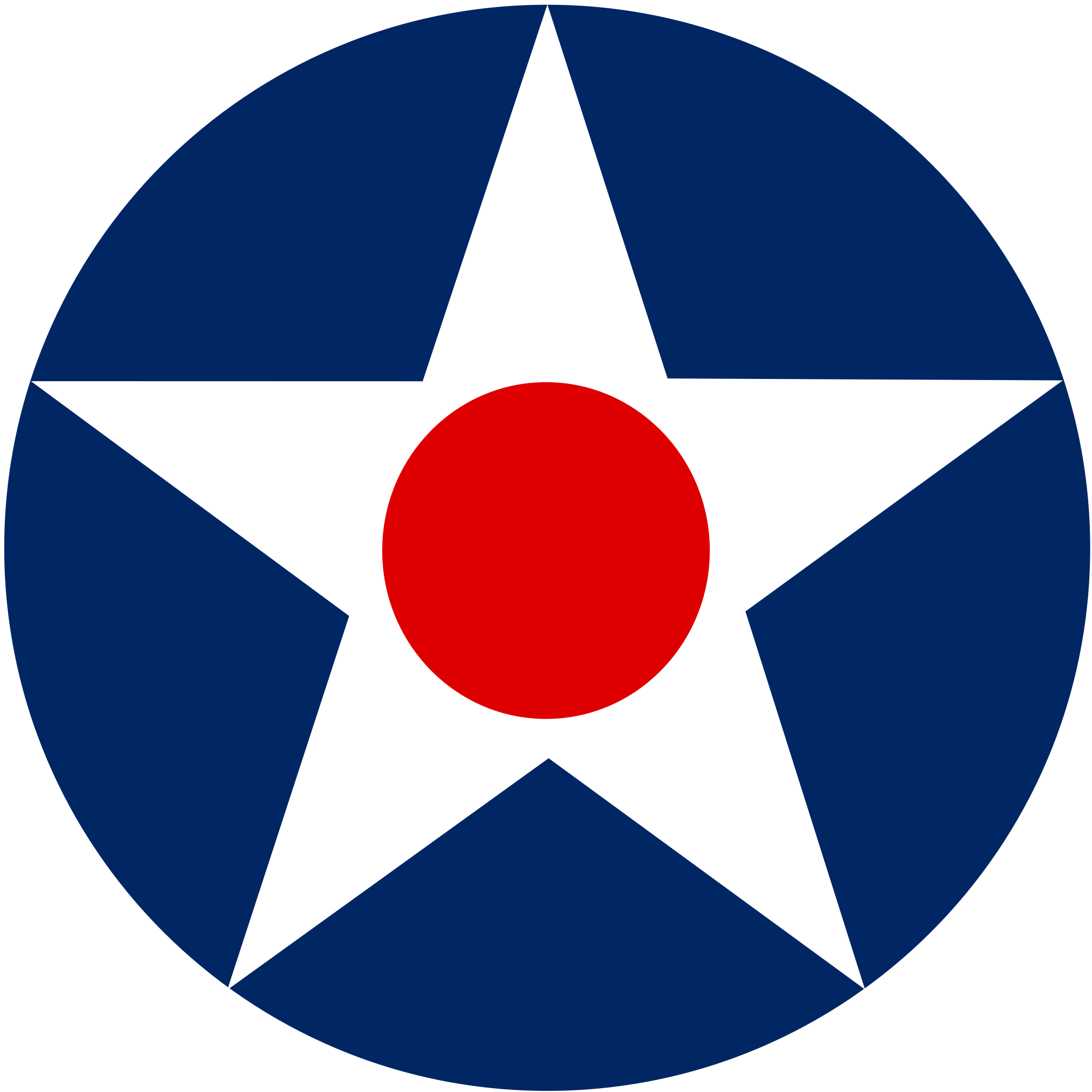 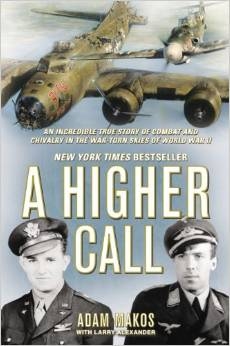 A Higher Call: An Incredible True Story of Combat and Chivalry in the War-Torn Skies of World War II [Hardcover] [2012] (Author) Adam Makos, Larry Alexander.  Available in both Hard Cover or Paperback at your favorite bookstores.
Click on LOGO to see items

My Tribute to Two Heroes of World War 2
Charlie Brown and  Franz Stigler
Speakers should be turned on.
Interesting sidelight to the WW II Pearl Harbor Attack

There have been many movies and docudramas depicting the Pearl Harbor attack December 7, 1941..”A Day That Will Live In Infamy”…!!!  Most of the films, particularly the ones supposedly based on fact, showed short quips of a couple of P-40 pilots getting airborne and shooting down Japanese planes. But I, for one, never had seen the true story and more detailed info on who these two pilots were and their actions and associated events while airborne. The “YouTube” site below contains a superb video of that story. Hope you’ll pass it on to say that history matters.

A short video about two American P-40 pilots who were able to get off the ground at Pearl Harbor on December 7, 1941

My email address has been changed to kegan32@mail.com.  Sorry for any inconvenience this may have caused.  My provider accidentally deleted my old email and could not restore it.
www.kegans-militaria.com
E-Mail:  kegan32@mail.com 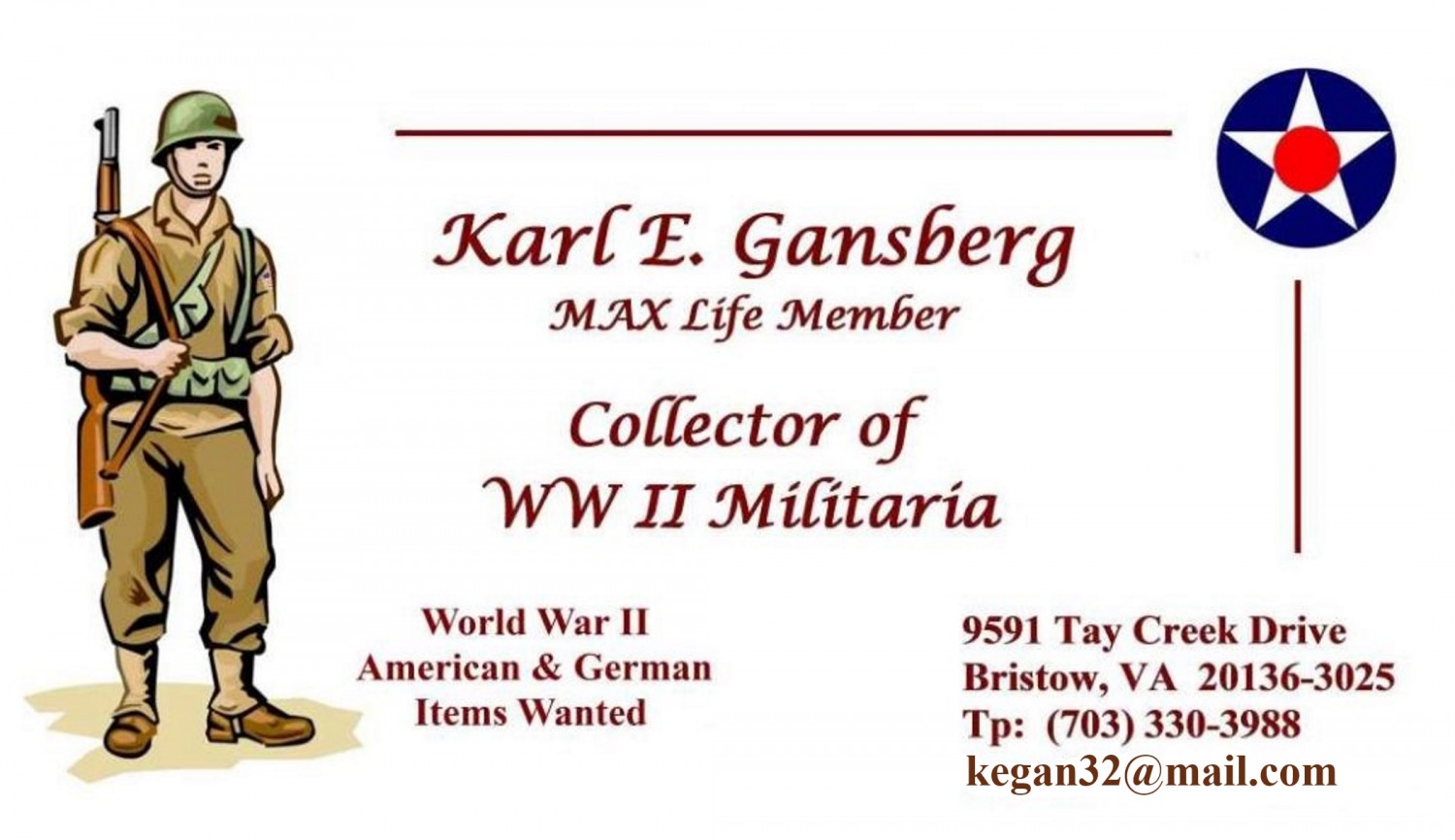 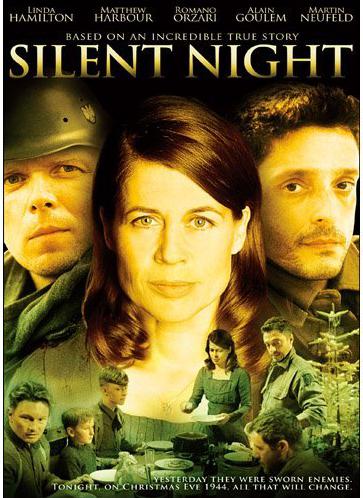